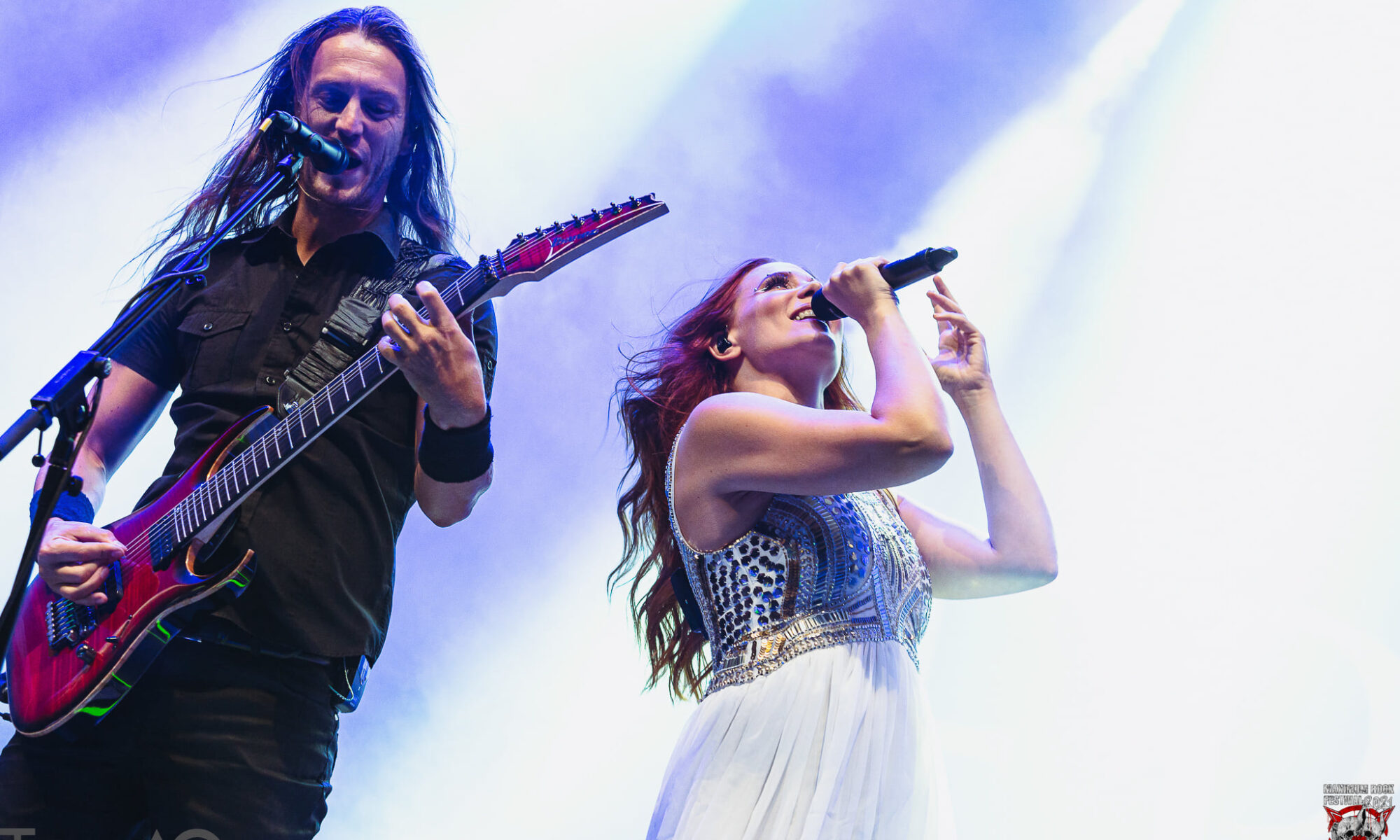 The weekend of 11-12 September was a magical one, when the metal community in Bucharest came to life with another successful edition of Maximum Rock Festival. I have to say, from the ones I have been to, this was absolutely spotless. Good bands (so sad Orphaned Land could not make it), good sound, actual food offers, and overall nice atmosphere. I would like to start with a heartfelt thank you to the bands, the organizers, and all the fans who made it such a good event!

The first day started with Magnetic, a Bulgarian band. They weren’t particularly my kind of music, but they endured the heat and tried to get the people going for what was to come. The public was just gathering up while they were delivering their heavy metal with death and thrash influences.

Next up were Riot Monk, who were a surprise for me. A Romanian band with such a US rock sound. A friend of mine from the US was actually in attendance and said they would fit right in to the US radio play. They even had a song where someone played the harmonica. Maybe not as much as when they sing about drinking palinka, but we’ll be happy to hear that. And even happier when they were generous and kept throwing tiny palinka bottles into the audience. Now that is commitment. That put aside, I enjoyed both their music and stage presence and would definitely like to see them again.

By now the crowd was almost full because it was time for Therion!!! There were way more Therion shirts in the audience than I would have expected and that showed in a very energized public. The band was really giving it all they got. They started with The Rise of Sodom and Gomorrah, so it doesn’t get more epic than that. You just didn’t knew where to look on stage because a lot was happening. I love how everyone was dressed up for an occasion, not necessarily the same one, but they dressed up for it :))

Chiara, one of the vocalists, announced that she was sick and her voice wasn’t helping but she soldiered through and we would not have noticed. The band just worked together and delivered! This was their first show since 2019 and you could tell they were all absolutely in it. It’s hard to see this kind of dedication and energy from a band with this much experience already. I had seen them once before but this was just on another level.

They debuted three songs from their new material: Tuonela, Leviathan, and Eye of Algol, but also made sure to bring us classics like Lemuria and the epic finish on To Mega Therion. I would have wished they could have stayed on and play for longer because we all definitely wanted more of that!

Here! Comes! Epica!! – They were definitely my reason for coming to this fest and it sure was great seeing them again. They are just one of those bands that are just too good. You know with every new record and with every new show they will just deliver top level musicianship. They started with two singles off their latest album, “Abyss of Time – Countdown to Singularity”, “Freedom – The Wolves Within” and brought back some old timey favourites such as Sensorium, Victims of Contingency, or Storm the Sorrow. I also got to hear my favourite song off their new record, The Skeleton Key. They have just such a strong back catalog that it’s a pity we don’t get more surprises in the setlist, especially for people who (used to) follow them around for multiple shows.

I do have to admire that Simone has gotten so much better live and she keeps on delivering from beginning to end of the show. The chemistry between everyone in the band is apparent and they all do a great job of covering the stage. As always, special mention for Coen’s fancy rotating keyboard and his keytar, which he always takes for a joyride somewhere closer to the public. After playing the title track of their latest album, Omega – Sovereign of the Sun Spheres, the band went backstage for the pause before encore but it would seem that the next song, The Obsessive Devotion, started without them :)) They managed to laugh it away and hype up the public for “a surprise song that starts with O and ends with bsessive Devotion”. Beyond the Matrix is always great fun to jump on in case by that point in time we still had any stamina left. And then the actual ending to Design Your Universe.

All in all, a very successful day of great shows, good atmosphere, meeting new and old friends. What a blast it is to be back at it and see an actual festival and how much have I missed it!! Luckily we have one more day coming.

Day 2 started with progressive metal band Loch Vostok. They had a tough job starting out as only few people were coming when the sun was still out, but the swedes were a good fit for the day.

Next up: Subterranean Masquerade. All I can say is that this is a HUNGRY band! They came knowing they had a job to do, which is to deliver a great show and win some new fans. They had something to prove and they went out and did it! Everyone got energized, people were jumping, screaming, everything. The also knew how to give tender and emotional moments. This was a moment, for sure.

It’s time for some DIRTY FUCKING FOLKORE METAL! There’s just no one who does it like Dirty Shirt, with 13 musicians on the stage, with so many different things happening all at once. They already have the love of the public, but it is exactly because they put in the work every single time! What would be a big Dirty Shirt show without some crowsurfing in an inflatable boat? (no, that’s not a joke)

Their energy is so intense and the public always reciprocates it. They absolutely brought their A game.

Last but not least, Eluveitie! I had seen them once before in 2017, but this time they got so much better. Fabienne is really leading the band and everyone works together so completely. You have so many instruments, so many moments, so many songs.

The show started strong with Ategnatos, and then we got to hear classics like The Call of the Mountains, A Rose for Epona,Helvetios, and of course Inis Mona on the encore. The time passed and we were just eating it up, every second of it. What a show and what a band! They made sure the stage was theirs and definitely owned it.

Thanks again to everyone who made this weekend one to remember! It sure was good to be back. Let’s do this again very soon!

Save the dates: 3-5 septembrie, Campulung Muscel!