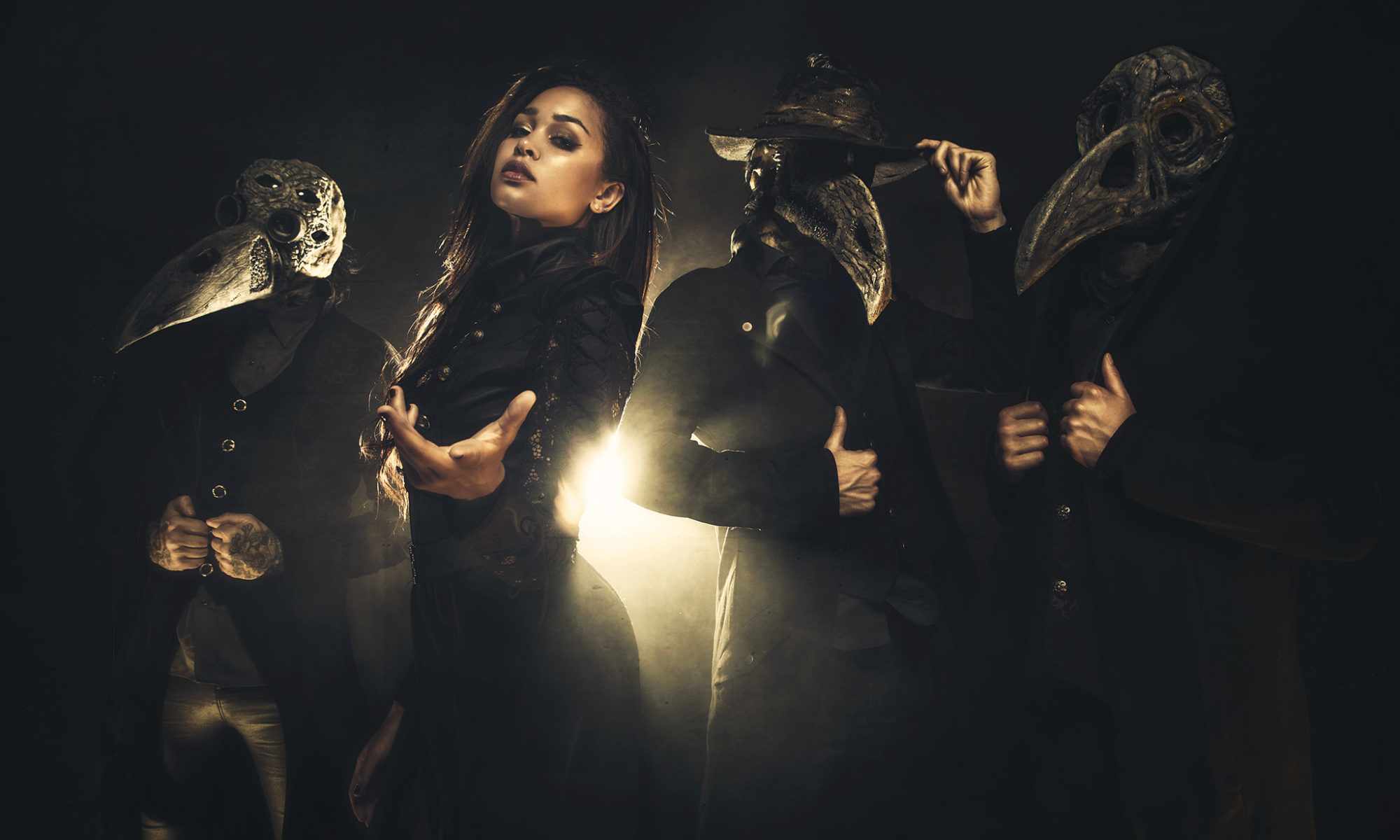 There is nothing like new music to lift our spirits during these times. I was lucky enough to get a sneak preview of AD INFINITUM’s upcoming album Chapter I: Monarchy, and I am excited! They already released a couple of singles and absolutely over-the-top videos (in the best way possible) for Marching on Versailles and See You in Hell. However, the first sample of what was to come was I Am The Storm, with a video released in November 2018.

The whole album has a lot of fire and power. It’s bombastic and symphonic, which makes it harder to create a new and specific sound, but they managed it gracefully.

Infected Monarchy is a perfect intro, so dramatic, symphonic, and bombastic, and yet very soft. I love how there is a such a common sound and concept tying the album together.

Marching on Versailles is such a powerful anthem I can only describe it as “!!!!”. I sure am ready to follow Melissa into battle and storm Versailles () This was their first single and it was chosen so well because it defines the album and band and really makes a statement. I loved it. Very curious to see if any new songs will surpass it in my top.

Maleficent is a bit different, starting with a lot more focus on drums, but alternating with very soft parts where clear vocals shine. The drama of it all is still there. And by the end of the song we are treated to some growls as well “Watch me riiiiiise!” – I sure will.

See You in Hell starts so soft like a sad song I just want to wrap myself into. It just gets better and better and then bam SEE YOU IN HELL. A song for my taste. The sound is so good, Melissa absolutely shines and the lyrics are even more powerful. I mean, “Goodbye my love/ May we meet again/ Heaven is closed/ See you in hell!”. Like wow! Chills! Take a moment to take that in. I also have to mention just what a big production the video is! True dedication and investment, bringing a story to life.

I Am The Storm was the first song we heard from Ad Infinitum, with a video released a year ago. It’s a good song and definitely a good first song from a band, but it feels somehow ‘other’ to the most recent songs from the album, as it’s not as over the top with the orchestration.

Fire and Ice is a ballad that is still full of different elements and orchestration but compared to the rest of the album seems more stripped down.

Live Before You Die is back with a kick! It’s the kind of song that makes you wanna move and dance, so I think this one will be a hit live.

Revenge starts with soft keyboard and bells, but I am sure it’s not gonna last. And there it is! the orchestration growing in intensity and dramatism. I love how they know how to mix enough harsh vocals to get just the right effects. The vocals are shining loudly on top of the instrumental. However, for this album I expected more …. hatred …. from a song called Revenge.

Demons is fast-tuned, with slightly less choirs and dramatism than the rest of the album and makes even more use of harsh vocals. We even get a spoken interlude.

Tell Me Why closes the album on a softer touch, mixing “flowy” parts with more powerful ones.

All in all, this is the kind of musical content I want to hear. For a first album, this manages to create not just a specific sound but an identity for Ad Infinitum. It will also skyrocket Melissa as an absolute powerhouse vocalist! This album showcases just how much she can do and how well it all works. She can explore everything she can do, but still knows when to reign it in and not over do it, when to layer tracks and when to use harsh vocals. The instrumental also keeps up with her and helps create a magical and powerful sound.

Fans of symphonic metal will definitely run towards this album. For me,
Marching on Versailles remains the absolute favourite and highlight of the album, with See You In Hell a close second. Within this genre, this will definitely be one of the best albums of the year!

I am sure it will be such a treat to hear it live. So when things calm down and we get the chance to attend concerts again, make sure to buy a ticket and go see them support Serenity, Dynazty, and Victorious!