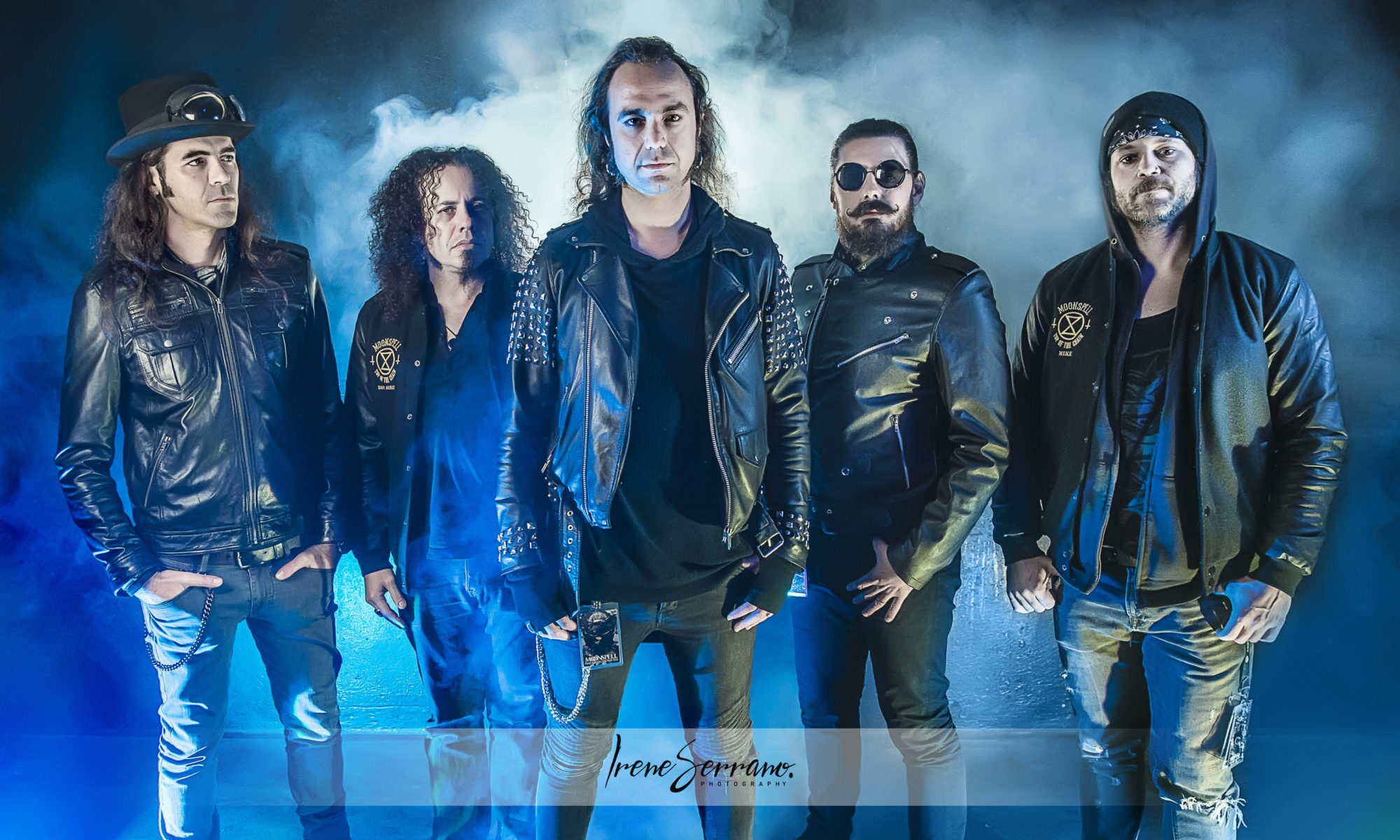 Teen Art Out: Hello Fernando and thank you for sparing a few moments to answer this interview. Congrats on the upcoming re-release Sin/Pecado 21 years after its original release! What would you say is the most important song or idea you hope to bring back to the metal realm with this release?

Fernando: Hello, my pleasure. Actually, I don’t know here to start with Sin/Pecado. Because I feel it’s an album that stretched and divided our fanbase back then and still today, its diversity makes it hard to pin down what songs represents it best. If we want to go for “shock-value” Second Skin, the video and the “lalalalas” on the chorus might be revealing but also we had stuff like Handmade God and Let the Children that mixed in heaviness with the electro, the pop influenza of Sin, or Hanged Man, a quite simple song but very revealing of our search for simplicity. So, it’s up for grabs the true reach and meaning of this album which is a good sign that what we did in 1997/1998 still raises eyebrows and splits sensibilities.

Teen Art Out: What do you reminisce and miss more from the late 90’s and that era of Moonspell?

Fernando: People thought music was a bit more than a commodity. There was a true competition for musical territory, an urgent need to expand and to question classical metal. This is gone from most of the scene. We have beautiful songs in between but people who voice out their requests at our gigs, can’t get past Alma Mater or Vampiria – great, emblematic songs I agree – but very low on sophistication when compared for example with some of the Sin songs, or Everything Invaded or Breathe (Until We Are No More).

Teen Art Out: If your past selves from 30 years ago could see you now, what would they think is the most unbelievable thing you have achieved?

Fernando: The fact we are still together and can still summon the creative energy, and maybe friendship enough not to give up in a world that loves our band but also hates it because we are not black metal anymore. The rest it is just what it is, and we try to go around and still play our songs and be free enough to try out our ideas.

Teen Art Out: You are currently in a very ambitious tour – when it comes to the number of shows and cities visited – with Rotting Christ and Silverdust. How do you guys prepare yourselves mentally and physically for such a long run?

Fernando: It’s a hard, crazy tour indeed. Perhaps we didn’t know it would be so full of drama and eventful. On the other hand, Moonspell is maybe playing their best shows ever and that’s the motivator right there. As a singer I take it day by day, night by night, and try to work on the group first and foremost, as with so many people around it’s quite impossible to focus on everyone’s demands. Personally, I think I have been well, took the right decisions. I can’t say the same about everyone and I feel that this tour has been harder because people can’t think of anything else than their bit and their needs. If we all thought like a group, we could do 100 dates no problem. Maybe next time I am going to get some robots to work with us hahahah…

Teen Art Out: We know you ran into some border issues along the way, and in a recent interview you said that you have been travelling in a “more prejudiced and bankrupt Europe”. Were you expecting such issues?

Fernando: To a certain extent yes and that’s why we did our homework, paid for the visas, for the Carnet activation, pre-produced the hell out of this tour. But nothing can prepare you for the abuse of small powers of border bureaucrats, to the arbitrary rules that actually are the law on those places and not any kind of international law or agreements between countries. That’s a big joke for newspapers and tv news, and the joke is on us.

Teen Art Out: Still about “a failing Europe”, can you recognise that reality at home, in Portugal, as well?

Fernando: Some people in Portugal say that we are too loose about our immigration laws, but the fact is that we are a safe country and so far, thanks to our coolness and patience, everything has been fine, on the contrary of countries that have enforced martial laws or build barbed wire fences.

Teen Art Out: What do you think is lacking and should be improved when it comes to artists travelling across Europe?

Fernando: Respect. Touring artists are the jesters, the fools of an oligarchic Europe. We are taxed, searched, persecuted, ripped off, let down, cancelled and we have no security at all. It’s still a monkey business and the European Parliament couldn’t care less about us clowns.

Teen Art Out: Tell us about your biography Wolves Who Were Men. What was the catalyst for the writing of this book? Why now?

Fernando:  I have a big friend who has a publishing house. Now he’s top ten in Portugal and releases many best sellers ranging from George RR Martin to Nora Roberts or the “diets of the famous”. In spite of this, and I am not criticizing, I am very proud of him and his label and I have always collaborated with him. He started with Poe, Lovecraft, etc and I was helping with some translations (Richard Matheson, I am Legend, for example) and one thing led to the other. The fact that Moonspell was 25 years old then was the trigger but I didn’t want any history of Moonspell according to Fernando Ribeiro. That’s why Ricardo S. Amorim got in the picture and only his involvement and superior work made this possible.

Teen Art Out: Did looking back at your history with Moonspell both through the rerelease of the album and biography spark anything new about the future of the band? Or about you personally?

Fernando: The biography was like an x-ray to heal what was broken and to privilege what’s good. It’s like a user guide for me. I know that the other members share my opinion. It made time more relative and just like a good book it has the power of questioning, exposing, healing and when a fan does read it instead of just collecting it, it has the key to some of the decisions we made that people didn’t get at the time.

Teen Art Out: As Moonspell gets bigger, do you think that your relationship with the fans has changed and/or evolved over the years?

Fernando: Like anything else in the world I feel we have never been so much loved and so much hated. There’s nothing we can do about this except keeping it true for ourselves and the “real” fans and do the best music and live performances we can ever conjure. I will never let Moonspell become a product, I rather be a small band than a big commodity.

Teen Art Out: Do you recall any fan encounter with special fondness? What about the complete opposite, was there a time when fans crossed a line and you felt that you needed to gain some distance?

Fernando: Yes, I do. I recall, for instance, sitting down with “fans” discussing German Philosophy and Russian literature, having Georgian wine. Or being with the pack visiting Lisbon and telling them about my city without the ass-licking or them being star struck, just human beings. As for the other side of the coin, I am disrespected on a daily basis, especially by Portuguese metalheads, far right metal fans. I go on the street and they call me son of a bitch from their car window, or when my son was born people made a mock page online. But I shall never surrender to hate. I prefer love and that’s why most of that stuff people – throwing cigarette butts, spit, coins at my face – is not in the biography, because we wanted to talk about grandeur and not pettiness.

Teen Art Out: Now that the end of this tour is drawing near, what will be the first thing you will do when you get home?

Fernando: Wolf hug my son and my wife. Have a single malt. Listen to my 16 Horsepower LP’s and clean my storage room.

Teen Art Out: How long does it take you when you’re back from tour to start missing being on the road again?

Fernando: I never ever miss it. I already travelled and played more shows than I ever imagined. I don’t miss the traveling, the people. To be honest I just miss being on stage and performing.

Teen Art Out: With the Winter Holidays just around the corner as well, do you have any special traditions or rituals during this period that you wouldn’t mind sharing with us? Favourite dishes, places to be?

Fernando: Christmas for me doesn’t have a catholic connotation at all. It’s family time, spoil your kids with gifts, get hammered with your father and eat codfish and potatoes. That simple.

Teen Art Out: We would like to thank you again for your time and to end this interview, a very cliché question: what are your wishes for 2020?