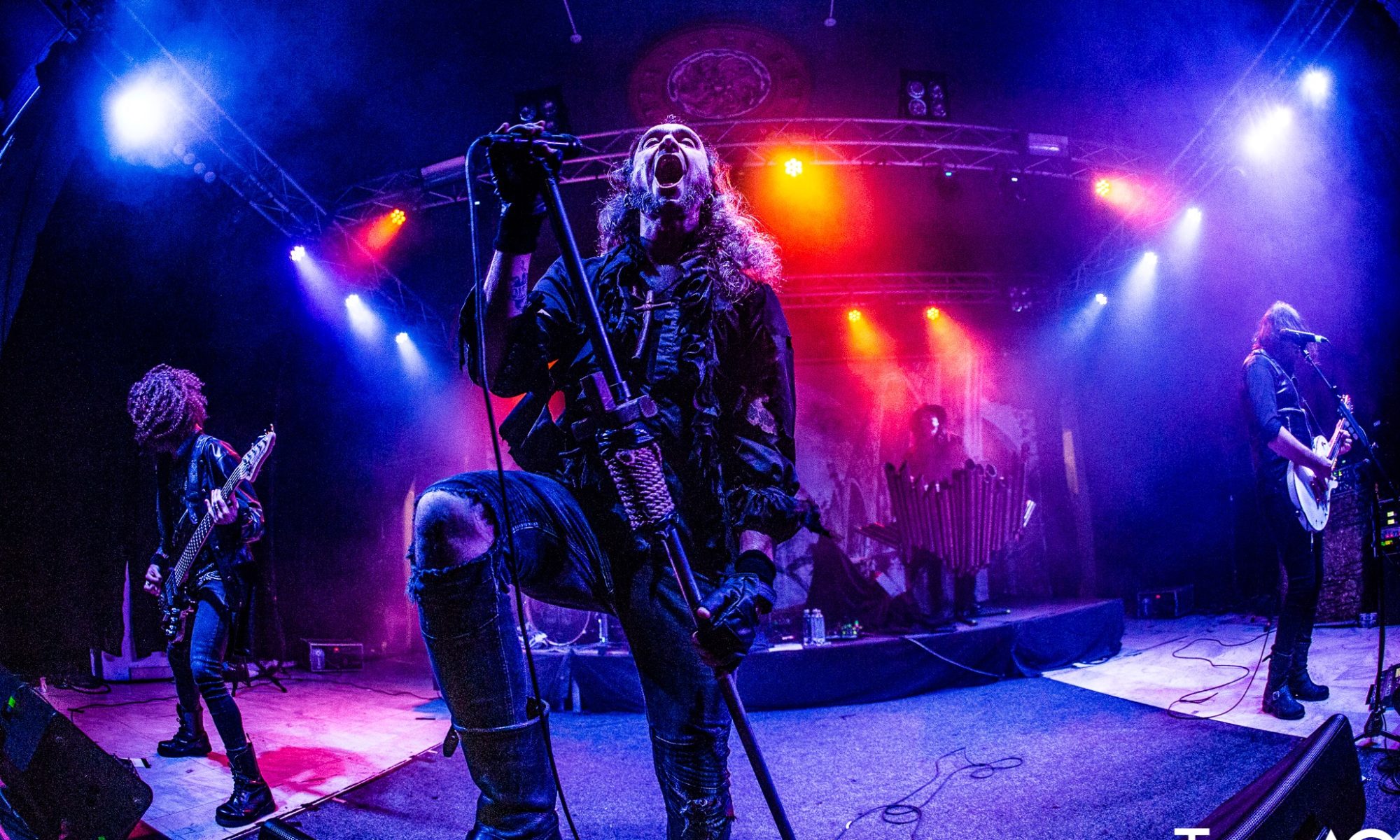 I always enjoy coming a bit early to most of the concerts, just to get used with the vibes, meet people, share the excitement and some opinions. Needless to say, the hype about Moonspell and Rotting Christ was real. Unfortunately, we were told the bands are going to be a bit late because of some problems at the Turkish border so the show was delayed until midnight. Luckily, Quantic is a great venue with a lot of space outside the stage area so we won’t have to freeze outside.
I found out later that Silver Dust wasn’t going to perform due to technical issues and well, more delaying, which was a boomer, but I knew the bands were going to give us a hell of a show.

Midnight was delayed once again but the people were still pretty patient, even though many of them were coming from outside the city and were already tired.

For me, this was the first time I was seeing Rotting Christ live, even though I am a fan for some years now. There is something out of this world about the sound of this band that just hooks me and transports me to other worlds. They created a balance between emotions and spirituality that makes them unique in their field. And apart from the late hour, they started playing which took enough energy out of me, every cell in my body vibrated to the heavy riffs, fast drums and powerful chorus. I was sitting almost in the first row and I was afraid that the sound was going to be far from great, given the lack of time the bands had for soundcheck. Praised be the sound engineers because every song was almost crystal clear. Tracks played in no particular order were ‘Apage Satana’ from the last but one album ‘Rituals’ which is just one awesome ball of percussive noise suffused with the chant of ‘Apage Satana’ which finishes with wiry, sinewy guitar and guttural screams. ‘666’ was the opener! Still, one of my favorite songs was ‘In Yumen- Xibalba’, a song that conquers your fears and builds a mystical power within your soul. We also took a trip down into the bowels of Inferno, with ’Grandis Spiritus Diavolos’.

Even tho the album ‘Kata Ton Daimona Eaytoy’ provided most of the tracks, „The Heretics” was also present through ‘Fire God and Fear’ and ‘Dies Irae’. The audience hit the highest level of enthusiasm when the famous „Cine iubeste si lasa” intro came in. The old Romanian curse was reinterpreted in a very dark and spiritual way, one that builds tension, creating a misty atmosphere transcending the audience straight to the hell of the cursed. The whole show was a journey through religion, beliefes and through the darkest corners of our souls. The main man Sakis Tolis screamed, cried and bellowed the tunes, each linked in the melodic tremolo picking and raw, blasting percussion coming from founding member Themis Tolis. Needless to say, the show ended with a sea of applause and screaming of an audience asking for more. For a 2 am concert which we thought we won’t see anymore, it was pretty amazing. The audience was still full of energy and excited about what was coming next.

As the night was still young, around 2:30 AM, MOONSPELL, who hail from the Amadora district of Lisbon, took the stage. From the crowd in the front row and right to the back of the venue, the energy was STILL palpable. Fernando asked the audience many times “Are you having a good time?” and every time he got a response, as loud as the people could be.

Unfortunately, the band wasn’t flattered by the sound, which was pretty bad in some songs, due to lack of time for soundchecks and the takeover from Rotting Christ. I kept my position and I could barely understand what Fernando was singing. However, we need to take into consideration the fact that both the bands got out of the bus and right on the stage, out of respect for their fans. They got up there and did their best to give us an unforgettable show.

The proceedings started with the track ‘Em Nome Do Medo’ from the ‘1755’ album, Fernando Ribeiro taking to the stage carrying a candle lamp setting the scene for this dark operatic drama. The next two tracks carry on this theme. ‘1755’ starting out with operatic voices accompanied by soaring keyboards and that warm gloopy five-string bass. Later on ‘Opium’ and ‘Awake’ sounding more like dramatic FIELDS OF THE NEPHILIM than apocalyptic. By the time the track ‘Breathe’ was played I was trying too hard to keep my eyes open.

The audience overall was still headbanging, dancing, screaming and having a great time enjoying the oriental guitar and vibes mixed with heavy drums and Fernando’s dramatic voice. When ‘Vampiria’ made her presence known, I knew the show was coming to end so I dragged my legs to the door . I love this track as it has a deep connection to our country, our culture and history so I was slowly caught in its spell, even tho I tried not to. I guess that’s the magic behind Moonspell. It doesn’t matter it’s 3 AM in the morning, if they are playing, you’re wired to stay, watch and get charmed. Horns were raised into the air as the first bars of ‘Alma Mata’ kick in! Satisfyingly anthemic with punchy emphasis on the bass, the crowd swaying and swirling and writhing like one organism perfectly synchronized to a universal rhythm and feeling.

I think the show ended around 4:30 AM and If I had to, I will do it all over again. We waited for hours but so did the bands. The fact that they spent so much time on the bus, trying to solve the border issues, came right on the stage with no previous soundchecks and did their best just shows us how much they respect the audience and their fans. Who cares when the show starts when we don’t know when it ends, right?