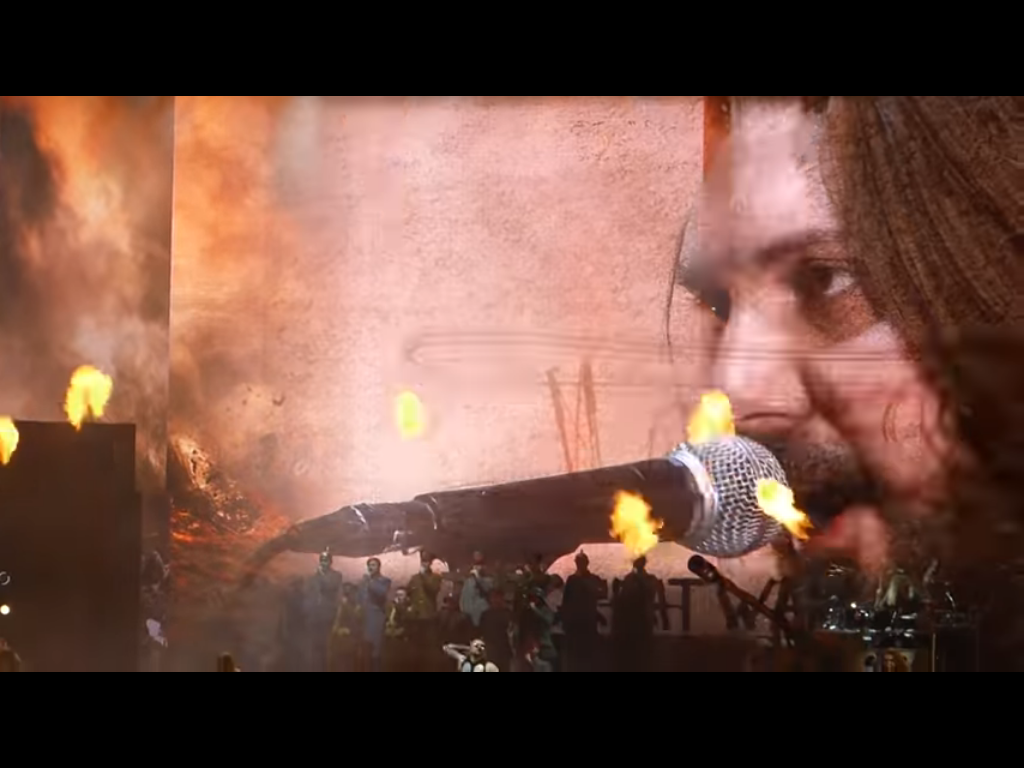 After Manowar unceremoniously dropped out of Hellfest, Sabaton were announced as a last-minute replacement. They had played at Knotfest the previous day and were invited to headline Hellfest on a day’s notice.

If that was not enough, Sabaton also invite a few fans on stage and set up a table to eat and drink with Joakim

Sabaton are playing tonight at Graspop Metal Meeting and you can watch their show here:
http://stream.graspop.be/en/channel1