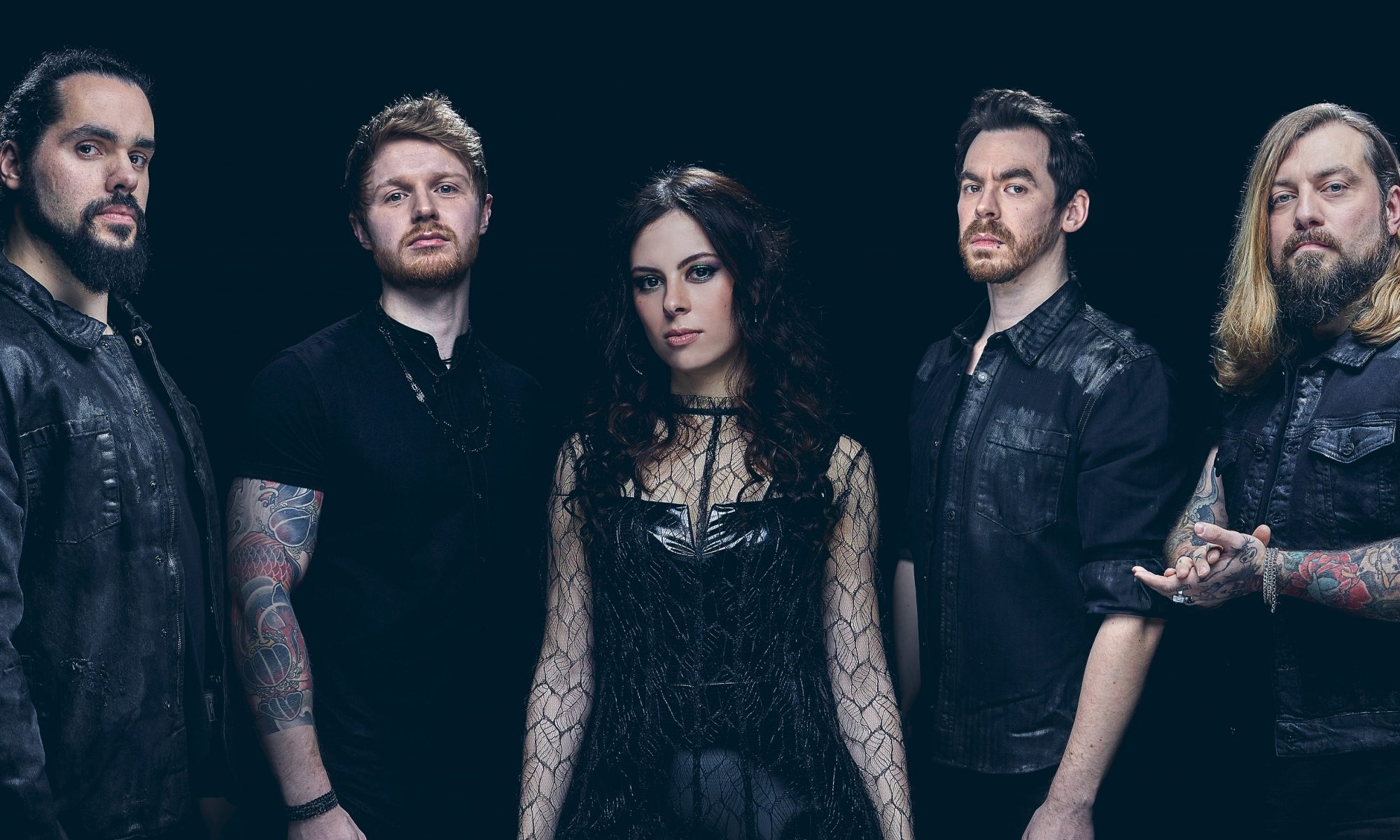 Beyond the Black have just released their newest album, HØRIZØNS. The singles released so far painted a different picture for this album, with quite a strong change of direction. For older BtB who weren’t feeling it yet, I have to say hang on. There will be something there for you. For those feeling open to change, this is a very positive and uplifting album, and you might like it.

I want to start by sharing their brand new video for Humans, which is by far my favourite song of the album. It is one of the most symphonic ones, which mixes their old style with the new elements. And in an album full of “let’s be positive” of course I would pick the song that says
“We’re born to die, we are human in the end // Cause after all we are born to die, my friend” . I am more of a cynic and I do love the darkness of it all… and so does Jennifer: “That is very good to hear, it is one of my favourite songs. We did a lot more of this in our previous album. I know people who are thinking like that as well, but I try to maybe get them into the boat, to see that you can change your mind as we changed our music and lyrics. Maybe people can take that journey with us and change as well.”

The album as a whole is not as heavy as their previous work and with more electronic influences. That would surely make it more radio-friendly and mainstream, but it’s not in a genre that takes that very well. Symphonic metal fans are not the nicest, to put it kindly. Nor are they able to deal with change. According to Jennifer, “we wanted to tell our fans that we are not a band from whom they can expect what comes next. I think this is something I love about other bands as well, even if in the beginning I am also… An example is Paramore. They did something totally different in the beginning and then they came with that modern stuff. My first thought was the same – oh, I expected something totally different, I don’t know if I like that – but I was open enough to actually love it in the end. So this is something I had to learn for myself. I hope that our fans are open enough to listen to the songs and maybe love it in the end. “

Their first single was Misery, a song they also played live on the previous tour. It did get a reaction from the fans at the time for being different, but by now most critics came around.

Many of the songs follow the positive and uplifting message, which couldn’t have come at a better time. Jennifer Haben (lead singer) says that “At this moment a lot of people need positive energy and positive music as well.
I am a very positive person and I am watching myself become more positive than before, so I think this is something I wanted to do in our lyrics, as well. We always try to show a little bit of hope. For me, that wasn’t enough anymore, I wanted to make more of a positive change. Something that I felt in our band as well the last two well when we trusted ourselves a lot more. This is a whole step in a direction where we know we will break out of everything that the people want us to be and we just be.“

The change within the band was visible with the last tour, when they felt more united and the live show took another level. “Last year and the year before we came more and more together. Since 2016 we are in this format and we have gotten to know each other. It didn’t feel like it does now, so of course you can see on stage that we know each other a little bit more. Of course, this is something that shows in our songs, that we feel we know each other and work well together. For all the aspects around Beyond the Black, this is really really good to see. “

With all this change for the better, I wanted to see what gives Jennifer personally self-esteem. Her response truly says a lot about who she is: “I care a lot about other people, especially the people around me. I think I am not selfish and this is something I think is very positive and I am proud of that. I learned that very fast during the last 4 years. I think it’s normal when you’re growing up and you’re 24 that you learn a lot. For me this is something that feels amazing and that I really like about me“

The songwriting was definitely a different process this time around. The pressure was on to deliver after the last album and tour and many people expected more of the same, which we certainly didn’t get. But it shows growth and belief in themselves, which can only be good. Jennifer adds that “On The Heart of The Hurricane or on the other albums we have much less time than we had for this one. We had a much better situation, having 6 months of just writing songs and after that we went to our label and said – okay, this is what we would put on our album -, and they said they loved all the songs. Then we went to our producer and recorded the songs. These 6 months were so important for us because we wanted to change something and you cannot change if you don’t try things out. We never had that amazing situation of meeting 2 or 3 times and if nothing comes of it, then it’s cool. We don’t have to have it now. We always had to create stuff instantly for previous albums. Now we could say let’s just write a song like Misery, which we knew was different from what we did before. We wanted to free our minds of what we did and to break these chains and then continue with what we did with this song.“

Another single we knew from the album was Wounded Healer, featuring Elize Ryd. This would have been so lovely to see on the co-headlining tour with Amaranthe, which unfortunately got postponed. But I am sure it’s gonna be a great production and tour and hope to see it.

I want to give a shoutout to Marching On, which is another one of my favourites. It was great to see Chris step up and join for lead vocals and do an actual duet. It was a nice surprise for me seeing him the last tour that … he can really sing. Jennifer of course agrees “yes, he can, he can. He has been practicing a lot and I think he is getting better and better. He didn’t sing before Beyond the Black ever on a stage. Not main vocals. He is just experiencing all of that now and I think he is doing a really good job. He was nervous at first doing the first main vocals on stage but now he’s a pro.“

Last but not least, I want to mention I Won’t Surrender Feat. Tina Guo – beautiful ballad and Tina is bringing such a great nuance to the song and frankly album. She knows how to play the strings of my heart (pun intended). BtB have produced many ballads I loved so far and I was waiting for another one on that level, and it seems it just came.

We’ve talked about how the band is more united and has grown, but I am curious to know what is something specific to each of the band members for this album. Whether they liked or disliked something more and came up with an idea, what is their unique view. “First of all, everyone is super happy with the result. Chris very much likes Marching On because he likes to sing now and he wrote it with me, so I know that. Kai likes most … maybe I Won’t Surrender or Golden Pariah. I am not sure but he said these are his main songs. Not sure with the other boys. But I know of thing that was interesting for me was that I was in love with Humans with just acoustic guitar and vocals from the beginning, but all the boys said – fuck, that’s so boring- and I thought what?? this has so many deep things inside. I am super happy that I said no, we do that song, if you don’t like it, then don’t like it, but this song is really amazing.” Jennifer added and she was definitely right with that one.

Sometimes less is more. One of the quotes I like is Coco Chanel’s “Before you leave the house, look in the mirror and take one thing off”, which I find that sometimes can be applied to music as well. Not as much for symphonic metal, where, as Jennifer says, “it’s usually a lot of orchestra and stuff, but I think that especially when you do a balld it’s better to just have acoustic piano and acoustic guitar and less is more. On these points. When it’s not symphonic, this is something that can also be good. “

All in all, this is a bold new step for Beyond the Black and it will be exciting to see where it takes them. A little more positivity was so badly needed and BtB delivered it! There is enough diversity in the album for fans to find something for themselves. Let us know what your favourite songs from the album are.