Two years have passed since their last release, but time has come once again for German symphonic metal act Beyond The Black to dive straight into the Heart Of The Hurricane! No, not literally, don’t worry. Heart Of The Hurricane is the name of their new album, that will be released very soon on the 31st of August via Napalm Records. 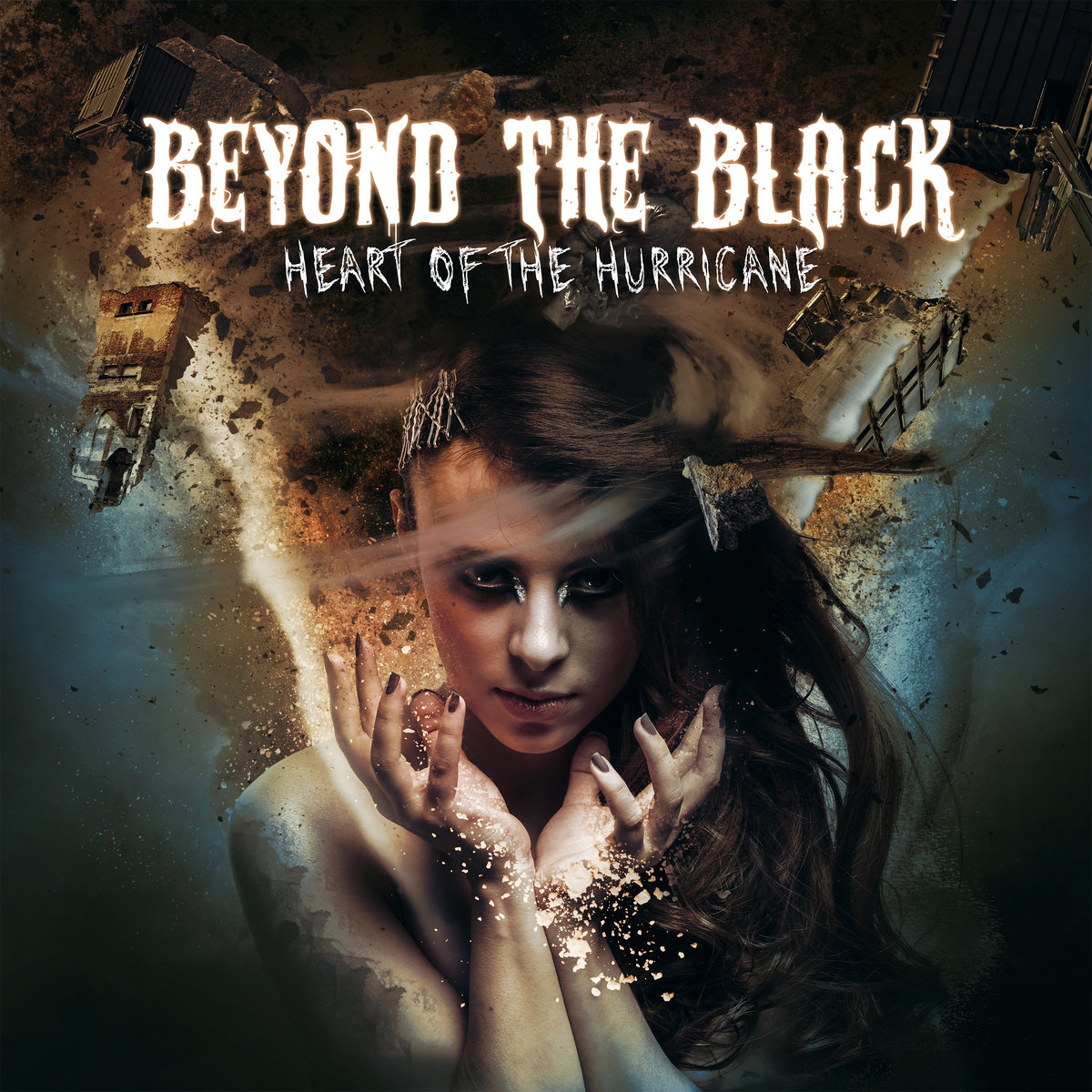 Here is a statement from the band regarding their new material: “Can you feel the thunder? After a turbulent phase in the short history of BtB, we can say that we came out stronger than ever! Witness to that is our first single “Heart of the Hurricane”, which takes you through a sonic thunderstorm to be reckoned with! We absolutely cannot wait to unleash this storm upon old and new fans alike, as we are sure that this new chapter will take us on a beautiful journey through dark and light!”

And indeed I can totally agree that it has been a journey through darkness and light, as they said. This album is very energetic, even though it possesses a gloomy atmosphere that resounds through the lyrics, contrasting with the overall heavy sound of the songs, that will just not let you stay still.

From my point of view, I would divide the album in two parts: the first part would be represented by some more catchy tracks with fresh elements added to the sounds that we were accustomed to and the second part is the one that stays true to what we have heard on previous albums. Is this bad? Is this good? Nonsense. I believe this is the right recipe for a varied, dynamic album that will surely please both old and new fans of the band.

Hysteria opens the album with a burst of energy, setting the course for what will follow next and that is Heart Of The Hurricane, the first single released for this album. Somehow this one gives me the feeling of a run towards a dangerous adventure, from where one will get out as a different, stronger person. Wisely chosen as a first single, it has the catchyness that I was mentioning early.

Through The Mirror has a more mellow start, gentle piano notes accompanied by Jennifer’s low vocals, creating an empowering contrast that will surely give you goosebumps. I noticed that the Mirror seems to represent a theme for this album, as we will see in the video for the next song and maybe even towards the end of the album. I don’t know, it might be just a coincidence, but it fits perfectly, metaphorically speaking.

Million Lightyears is next and it made me extremely happy to hear the lovely, clean voice of Chris Hermsdörfer on this one, since he is not only a very talented guitarist, but the man can also sing wonderfully! I just love how their voices entwine.

Song For The Godless has such a kick-ass, mighty sounding, somewhat medieval intro and it immediately made me think of In The Shadows. You will be listening to a madly awesome guitar solo on this one. I just need to say that the whole atmosphere of this track is simply uplifting. The first slow track makes an appearance, Escape From The Earth, featuring a very gentle Jennifer, in an emotional scenery, that reveals a burdensome transition from the previous tune. What will follow, is a return to the roots for sure! I was actually curious if/when this will happen during my listening session. Beneath A Blackened Sky has some serious symphonic vibes mixed with majestic choirs. Headbanging incoming during the chorus, be warned. The mentioned vibes continue in the next one, Fairytale Of Doom, a track that made me think of Amberian Dawn. It’s a powerful song for the broken-hearted, with a well-chosen name and a favorite of mine. Much potential in this one I see! Nerd alert. Moving on, Chris makes a vocal appearance again on My God Is Dead, but with some cool growls this time, sending shivers down the spine. I feel that Jennifer’s voice could shatter one’s heart during the chorus, being so expressive, pouring all of her being into the song. Dear Death and Freedom are two pieces with fast riffs and beats, making one feel like on a rollercoaster. As far as concerning Scream For Me, I do believe this one would be a favourite for the public, if performed live: slow start followed by a bombastic chorus. And it’s time for the ballad, Breeze, piano and choir driven, lead by the gentle, but powerful Jennifer, who is simply amazing when it comes to ballads, managing to reach straight into your soul with her singing style. I declare Echo From The Past another favorite of mine. I find it hard to explain, but it’s just one of those songs that sticks to you and you love it from start to end, with no questions asked. It clicked with me probably because it has all the ingredients needed for an awesome tune: impact, balance, a lovely, subtle orchestration in the background, sustaining all the instruments together with the vocals in a neat equilibrium. The album ends with Parade, a fit conclusion after the journey made through the spectrum of feelings that were pinpointed by the previous tracks, encouraging one to be true to his/her self, no matter what.

Do listen to this album with an open mind and I guarantee you will fall in love with it. It clearly shows that teamwork, precision in the details, a lot of passion and perseverence will set you on the right course. Beyond The Black managed to deliver an album showing a great deal of variety, worthy of one’s collection.

More info about the band:

Pre-order Heart Of The Hurricane: