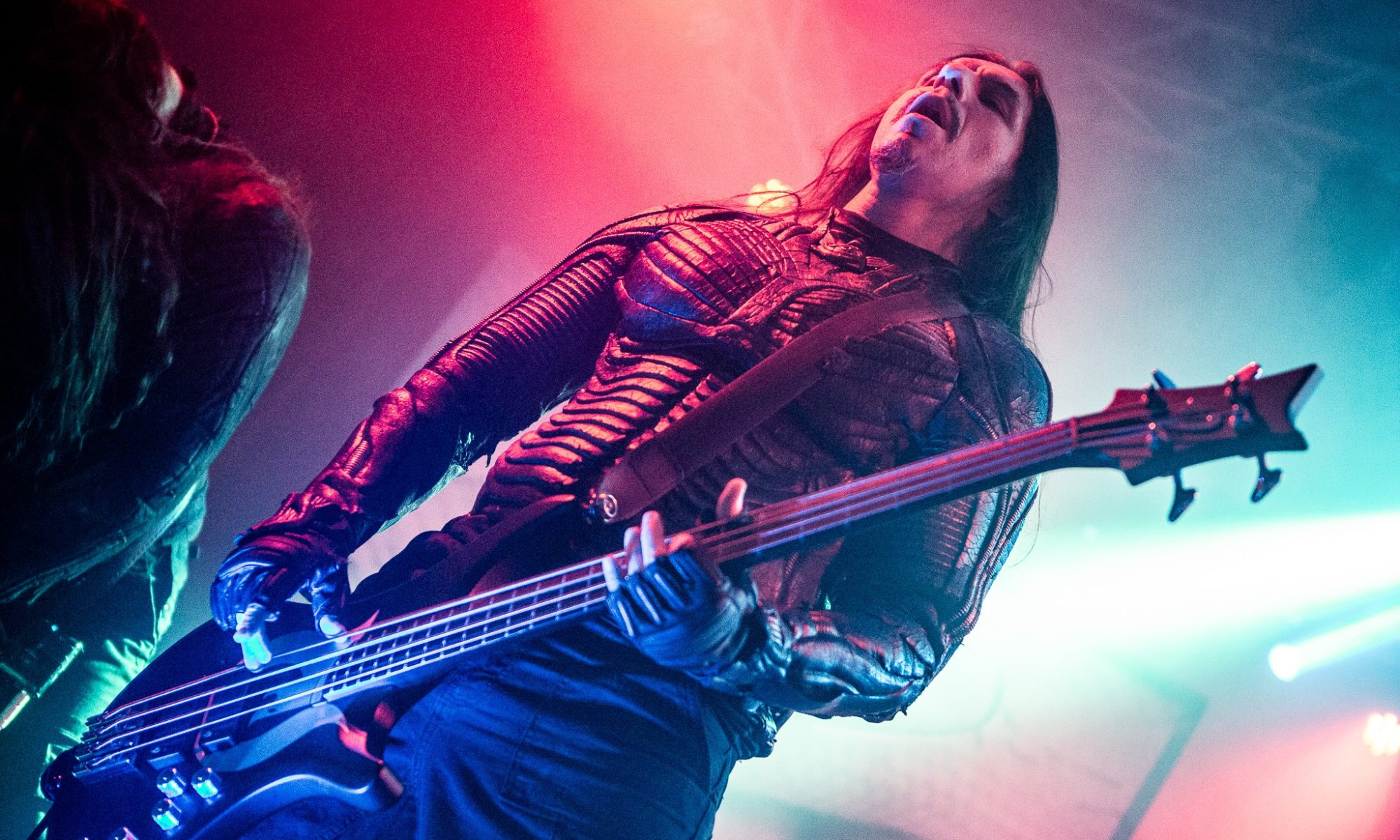 The first months of 2019 were pretty quite regarding big shows, but somehow March and April unleashed the mayhem. Everyting started on a Saturday night, on 31th March, when I was heading to Quantic club to attend a very special show of one of my favorite bands. Maximum Rock announced that Septicflesh will return to our lands months ago and the hype got really real.

Science of Disorder was the first act of the night. Knew nothing of them and had no expectations. Though I arrived a short time after they started playing I managed to listen enough to have an opinion. The first thought that came through my mind was the similar sound they had to Septicflesh. Actually, I think they might have been the closest band to the headliner from that night, which is never a bad thing. I always enjoy seeing bands that come from the same range of vibes and sounds. Not saying they have the same songs or hit the same notes, but was definitely something different from those generic fast heavy riffs. They had a pretty decent public which they managed to engage and keep alive. The funny thing was the aspect of the band members. For what was going to happen that night in Quantic, the guys seemed a bit „soft”. However, the show was a real success and got the audience hyped for rest of the night.

Diabolical was the band that caught my attention from the very first song. Though I find the capes a bit generic and mainstream for this kind of bands, their unique sound was really intriguing. There was this perfect balance between heavy riffs, melodic parts, and growling and kept me there, starring. They made such a transition between the first band and those who were to come, that you would have no doubt you came to the right Death/Black metal show. Diabolical is certainly a band focused on atmospheric elements, from the black capes to the warm light colors and a constant feeling of darkness. You know a band is good when the people outside the venue are starting to come and watch, nodding their heads and whispering to each other, while keeping their eyes on the stage. I really hope to see them again soon.

About Krisiun I don’t precisely what to say because I knew them before but I was never really a fan. However, they made a show to remember and the audience loved every moment. Despite their raw riffs coming from Moyses Kolesne, the brothers Kolesne are the perfect driving force behind the band with vocalist Alex Camargo‘s brutal “approach”. It was a show on point, full of energy, moshpits, and smiles, marked by surprising cover. I didn’t get the chance to see Motorhead live, but Krisiun made “Ace of Spades” sound really authentic.

After half-an-hour set change and sound checking, we finally got to be introduced to the Greek Gods. In my opinion, Septicflesh is the best bands one can see live. They know how to put up a show like no one else. Their connection with the audience, the way they are always trying to engage the people, the record-like sound, the attitude of Seth, all of these are the pieces of an exceptional show. The only downfall was the heavy amount of dry ice which never really cleared so anyone could catch a proper view of the band. In a it was a plus for the atmosphere.

The classical „Destroy Style” Septicflesh atmosphere never really left the stage. The show started with „Portrait of the Headless Man” and lasted a little more than an hour, where each song seemed to have every human emotion playing on stage with the raspy high-pitched vocals of Seth.

The thing I love about Seth, the leader of the band, is how he interacts with the crowd and how he s trying to make them a part of this huge orchestration. You could really feel that each band member was well prepared to give everything they had, and so they did.

We got the chance to listen to songs from Codex Omega like “Enemy of Truth” and “Martyr”, but the best moments of the show were the crowd became really enthusiastic were during “Pyramid God”, “Prometheus” and „Persepolis”. However, “Anubis” was the moment when everyone lost their minds, singing, screaming, jumping, feeling every note.

I didn’t realize how full the club was until I called it a night a left the club. The night overall was a big success, and I cannot wait to see the bands again, soon. Until then, many thanks to Maximum Rock for make it happen this time.